I am a self-taught programming engineer. Since 2013 I have been living in Tallinn (Estonia) but originally I am from Saint-Petersburg (Russia) where I was born in 1975. Programming is not only my daily work but also my hobby and life style. My programming way was started in 1988 in 421th school of Leningrad and soviet PDP-11 clone BK-0010-01 was my first work platform. I spent several years to develop small games and utilities for home computer platforms (BK-0010 and ZX-Spectrum) and since 1997 I started work as a junior programming engineer in small Saint-Petersburg company titled "Information Technologies and Models". Delphi was my first commercial-level programming language but in 1999 I tasted Java platform and since that time it is my main programming tool (I developed in Java for wide spectre of projects, from mobile projects to state-level projects). During my career I got some experience in many computer languages and even had experience in development of enterprise web based system with FORTH language. I am not very sure in bright future of Java and permanently investigating another technologies and languages like Golang and Elixir. I am a very lazy person and believe that programming is the main tool which sent by The God to lazy people, mainly I am not programming for my pleasure but I am trying to transfer my daily tasks from my mind to computer's back through my knowledge and skills. Sometime I think that modern programmers are successors of medieval alchemists because they have mostly the same targets: both development of philosopher's stone and creation of homunculus (the last one I like much more than the first one). 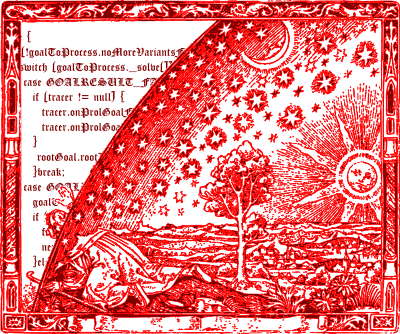 My social network accounts can be found below, I am not very active in all of them but sometime I public technical and not very technical info in some of them. Today is epoc of social networks and they provide good and easy way to share opinions and news.
I am more or less active in development of pet projects, some of them even in use by big well-known companies. All my pet projects are open source ones and can be found in my GitHub. Below you can find direct links to projects which have collected bigger number of stars.
The Last section contains links to old and very old stuff which may be still interesting one for someone (as I know some my former collegues use them for presentations). I just made some small descriptions and screen-shots from old developments and applications in which development I took a part and which had GUI part. For non-game applications I made some small descriptions, but for games only screen-shots because that's enough for arcade games.